Music has always been at the center of Chris’s life. Singing and playing in choruses and choirs inevitably led to directing them. Chris eventually spent nearly three years in Ecuador, South America, teaching music and directing adult and children’s choirs.

After playing the guitar and singing for twenty years, Chris made his way to the Celtic harp in 1999, following his first trip to Brittany. Since then, he has traveled back to Brittany (with his harp) as well as Spain, Australia, Canada, and throughout Massachusetts and the Eastern USA to play concerts and events, both as a solo performer and with others.

In addition to solo appearances, Chris performs with his wife, Katie, a conservatory-trained flutist and music teacher; and occasionally with the Pilgrim Harp Trio of Cape Cod, of which he is a founding member. He has been the musical director of a ritual performance troupe based in western Massachusetts. 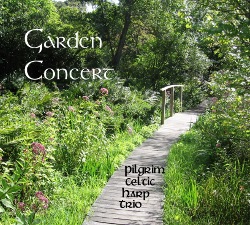